Barry joined Patterson in 2022 to lead the firm’s expansion into the Texas markets out of his office in Dallas.  He has 38 years of experience in the real estate capital markets involving billions in debt and equity investments covering all the major real estate property types in all positions in the capital stack.  In addition to leading Patterson’s expansion into Texas, Barry is also part of the Leadership team and works across the Patterson platform with team members and clients as well as corporate strategic initiatives.

Barry was most recently a Managing Director with Goldman Sachs in the Real Estate Group of the Merchant Banking Division, before retiring from the firm after a 24-year tenure. He and his teams were responsible for sourcing, underwriting and structuring commercial real estate debt and equity investments.  He was instrumental in starting and heading or co-heading several debt platforms within Goldman Sachs which were responsible for the origination of investments in commercial real estate projects totaling over $85 billion in total capitalization. He also served as a voting member on the Real Estate Investment Committee which had oversight for all the real estate investments world-wide. Previously, Barry worked in Commercial Real Estate lending at Bank of America and headed the Real Estate Syndications and Mezzanine Debt platform for JP Morgan Chase in Texas.

Barry is a member of the Urban Land Institute (“ULI”) and was a previous chairman of a ULI council.  Barry has also served in various capacities for the Dallas Real Estate Council including being an inaugural member of the Associate Leadership Council, being a member of the Executive Board and the Chairman of the annual Giving Gala.

Barry holds Series 7, 24 and 79 licenses.  He has been a moderator, speaker and panel member at numerous real estate conferences.

Barry is originally from La Crosse, Wisconsin where he gained his lifelong enjoyment of all sports and outdoor activities particularly downhill skiing and hiking.  Barry lives in Coppell, Texas with his wife where they raised four daughters and now can be found spending as much time as possible with their four grandsons.  Barry and his wife are members of the First United Methodist Church of Coppell. 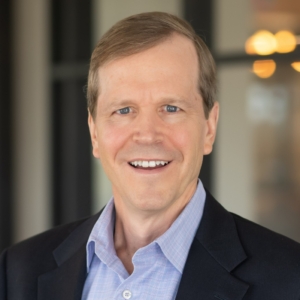